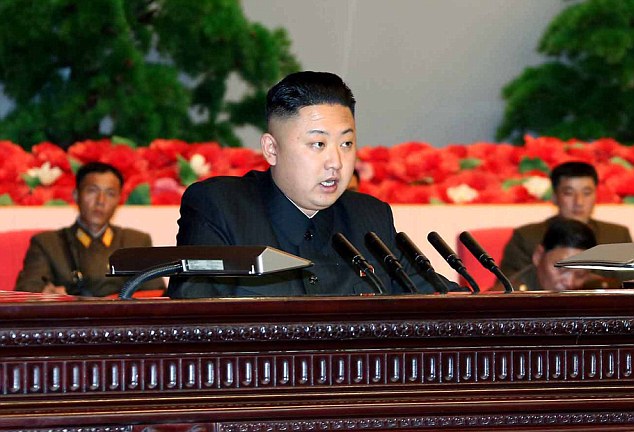 On the 9th of this month, North Korea issued a statement telling foreign expats living in Korea to consider leaving the peninsula. This comes in the wake of a rise in tensions including the North now claiming be in a state of war with the South.

How touching. His own countrymen starve to death and he may kill South Koreans, but he deserves a Nobel Peace Prize for his effort to save foreigners out of love of humanity. Just what you’d expect from someone who studied in Switzerland.

The more cowardly the dog is, the more loudly it barks.

Obama: “In the next ten hours, North Korea will be wiped from the globe.” Please just say the word.

North Korean leaders, hide your people in underground bunkers. Our problem is with the North Korean puppet regime. We do not want starving innocent North Korean people to get hurt.

Lee Kun-hee [chairman of Samsung Electronics] came back to Korea in the meantime. Do you think he came back without intel? He came back because he knows it’s safe, ke ke.

To sum up: “Is this not enough for you to give us rice?”

You guys should make a plan to escape Kim Jong-un….chuh-chuh chuh-chuh

If the second Korean War happens, you guys will be wiped from the globe, so why are you worried about foreigners~ Just go for it~

You guys should make arrangements for your funerals, ke ke ke.

North Korea: “Give me rice, you South Korean bastards ㅠㅠㅠㅠㅠ Dollars, too! ㅠㅠ”

If I can, I will surely wipe them out.

Jong-un, you thug, I wouldn’t believe you even if you said you made Meju with beans.

I’m tired of all this whining. We should punch them in the face first and shut them up.

You threatened the Kaesong Industrial Complex and we didn’t react so you had to bring up foreigners, SOBs.. You’re blatantly just trying to get what you want by threatening South Korea’s economy.. Let’s just blow each other up.. We aren’t the only ones who will die, so will you.. I’m sick of this..

North Korea is so irrational. What conversation can we have with them? Let’s stop talking to them.

It is you guys who should make an escape plan for your citizens.